A Study in Contrasts

Today I returned to an old favorite.  I parked at the west end of Baker Park and crossed under the Stoney Trail bridge again, but this time I turned left / east into the Wood's Douglas Fir Tree Sanctuary.

Slowly, the traffic noise was replaced with the creek of old trunks bending with the breeze, and the never ending bird song I've enjoyed on all my walks.

The path is fairly level here, compared to the Douglas Fir Trail, so I spent less time concentrating on my footing and more energy just taking it all in. 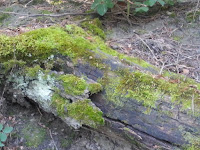 At first, all I saw were the enormous old fir trees dominating the hillside, but as I walked along I started to notice the tiny things. 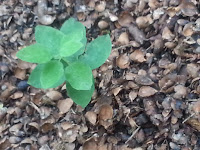 A rotting log covered in moss, the butterflies floating over the miniature wildflowers, and a lumpy rock that was just bursting with character.  When I looked even closer, I saw the details within the details.  I don't think I've ever really seen what moss looks like before.  The contrast of big and small was delightful. 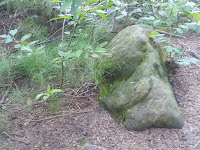 The trail ended in the yard of Woods Homes, and I continued along 18th Ave with its collection of old and new character homes to the main entrance of Bowness Park.  I turned left and followed the canal running along the south side of the park all the way back to the Stoney Trail bridge.


The manicured landscape of the park was a bit of a shock after the wilderness I had just experienced, but at that time of the morning the place was deserted.  I was alone.  The expansive lawn dotted with old poplar trees was so still and serene - I have to admit it was luxurious to have all that space to myself!

I’ve lived in Calgary for about ten years, and work as a full-time elementary teacher and occasional musician. Although I grew up on the prairies, I love being on or near the water, kayaking, snorkeling and searching out local streams, ponds and waterfalls. In the summer, I dig in the garden and cycle around the city paths, and winter often finds me curled up with a good book in front of the fire.