A Country Garden - in the City!

I've been toying with the idea of building a rock garden in my own backyard, so today's walk was intended as half exercise, half research.  Calgary's first "Legacy Park", the Reader Rock Gardens were established in 1913 by William Reader, the Superintendent of Calgary Parks.  He cultivated and tested thousands of plants that he had collected on his many travels, taking notes on each one's viability in Calgary's tricky climate.  Unfortunately, Reader's magnificent garden was neglected (and plundered!) in the years after his passing, until its restoration to the  original specifications in 2006 and its designation as a Provincial Historic Resource. 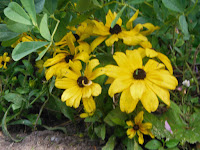 At this time in the season, and after sustaining damage from our recent hail storms, the actual flowers are few and far between.  The grounds are lovely, though, with flagstone pathways running through several tiers of plantings.  Here and there you'll find quaint benches, bridges and a gazebo, all tucked away in little subsections that would each stand alone as a pleasant country garden. 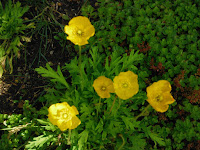 Each year, gardeners search out and restore some of the more exotic specimens that were lost in the decades before the garden's restoration.  I'm very excited to return in the spring to see the flowers in full bloom, and maybe one or two new additions to the collection!

I’ve lived in Calgary for about ten years, and work as a full-time elementary teacher and occasional musician. Although I grew up on the prairies, I love being on or near the water, kayaking, snorkeling and searching out local streams, ponds and waterfalls. In the summer, I dig in the garden and cycle around the city paths, and winter often finds me curled up with a good book in front of the fire.